We would like to highlight some of the recent publications by Dr. Ian Lewis and his colleagues. Dr. Lewis is leading TMIC’s Node in University of Calgary (Alberta, Canada). He specializes in unravelling the complex metabolic underpinnings of host/microbe dynamics using a suite of microbiology, engineering, and analytical laboratories that were specifically built for studying microbial metabolism.

US patent “Metabolomic Characterization of Microorganisms” by Dr. Ian Lewis and a team is just published in August. It summarizes Dr. Lewis’ interest in microbial metabolism (see the brief summary of three recent publications below. Patent describes methods and systems for identifying the cell type of an unknown microorganism. We hope that this patent will bring an additional value for the future microorganisms’ research.

First, check an early August publication in Trends in Microbiology by Cell Press “Role of metabolism in uropathogenic Escherichia coli”. This review aims to critically appraise an emerging body of literature to better understand the role of nutritional selection in enabling urinary tract colonization of uropathogenic Escherichia coli (UPEC) and the progression of urinary tract infections (UTI). The review discusses microbial metabolism in urinary tract and its contribution to UTI. It discusses current metabolic models of UPEC, and the stages of infection. It concludes that microbial metabolism plays a vital role in UTIs: this is especially evident in the catabolism and biosynthesis of specific amino acids, the oxidative TCA cycle, purine and pyrimidine biosynthesis, ethanolamine utilization, acetyl phosphate production, and sorbitol and β-galactoside catabolism. However, the metabolic model of UPEC is far from complete and its overall biological and clinical implications have yet to be uncovered.

An open access paper “Klebsiella pneumoniae induces host metabolic stress that promotes tolerance to pulmonary infection” continues discussion about pathogens and metabolic activity. In this study, using metabolomic analyses, the authors report that live K. pneumoniae sequence type 258 (Kp ST258) induces an airway metabolome distinct from that stimulated by a hypervirulent Kp strain or purified lipopolysaccharide (LPS). The authors combined in situ metabolic imaging and transcriptional analyses to demonstrate that Kp ST258 activates host glutaminolysis and fatty acid oxidation. This response creates an oxidant-rich microenvironment favorable to the accumulation of anti-inflammatory myeloid cells. In this setting, metabolically active Kp ST258 supports a disease-tolerant immune response. Thus, much of the global success of Kp ST258 in hospital settings can be explained by the metabolic activity provoked in the host that promotes disease tolerance.

And if you missed the publication in Brain, Behavior and Immunity journal a couple of months ago – here is a brief summary. “Colitis-associated microbiota drives changes in behaviour in male mice in the absence of inflammation” looks into the mechanisms driving outcomes of the inflammatory bowel diseases (IBD). Authors tried to determine whether the altered gut microbiota associated with intestinal inflammation contributes to the development of behavioural abnormalities. They found that the behavioural abnormalities associated with intestinal inflammation are transmissible via transfer of cecal matter, suggesting that alterations in the composition of the gut microbiota play a key role in driving behavioural changes in colitis.

We request that any publications, posters, or oral presentations resulting from work performed by The Metabolomics Innovation Centre acknowledge TMIC. This allows the Centre to report information such as impact on Canadian researchers to our funding agencies. Clients should also keep us apprised of any publications, posters, or oral presentations arising from work performed at TMIC. 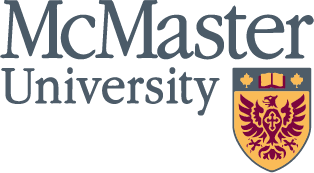